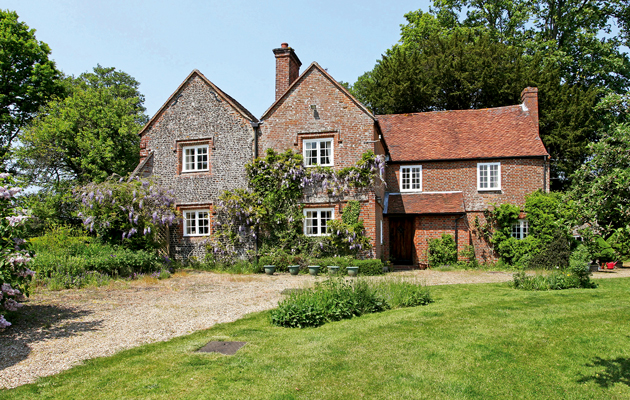 House prices have fallen this month. We explain why!

The asking prices of property coming on to Rightmove increased in our last two monthly reports, but this month they’ve seen a dip of around £1,500.

Is this something for sellers to worry about? We don’t think so, as there are a few reasons for the slight drop.

Firstly, the stamp duty holiday on homes up to £500,000 is due to end on 31st March, and so sellers putting their property up for sale now are perhaps pricing a bit more realistically so that they have a better chance of a quick sale.

Secondly, asking prices usually drop at this time of year, and this month’s drop is actually lower than we’ve seen over the past few years.

The good news if you’re a new seller is that buyer demand is staying strong despite the second national lockdown in England. We saw an initial, temporary dip after the new restrictions were first announced, but demand was still up by 28% on the same days last year during the three days between the announcement and the lockdown.

The first six days of lockdown saw demand jump back up to being 49% higher than this time last year, as the market is still open and agents can still operate.

The temporary stamp duty savings that can be made vary a lot depending on the price of the property you’re buying.

We had a look andfound that demand and activity compared with October last year are strongest in the price bands and regions where buyers are set to make the biggest stamp duty savings.

In terms of how quickly homes are finding a buyer, the national average is now at a record low of 49 days.

Regionally, the south is performing best relative to last year for the number of sales being agreed, up by 72% in the East of England, and up by 69% in the South East.

But we now estimate that there are around 650,000 sales going through, which is up by a massive 67% on the same time in 2019, and we know there are delays in the process so communication is key for people trying to get their sale over the line. 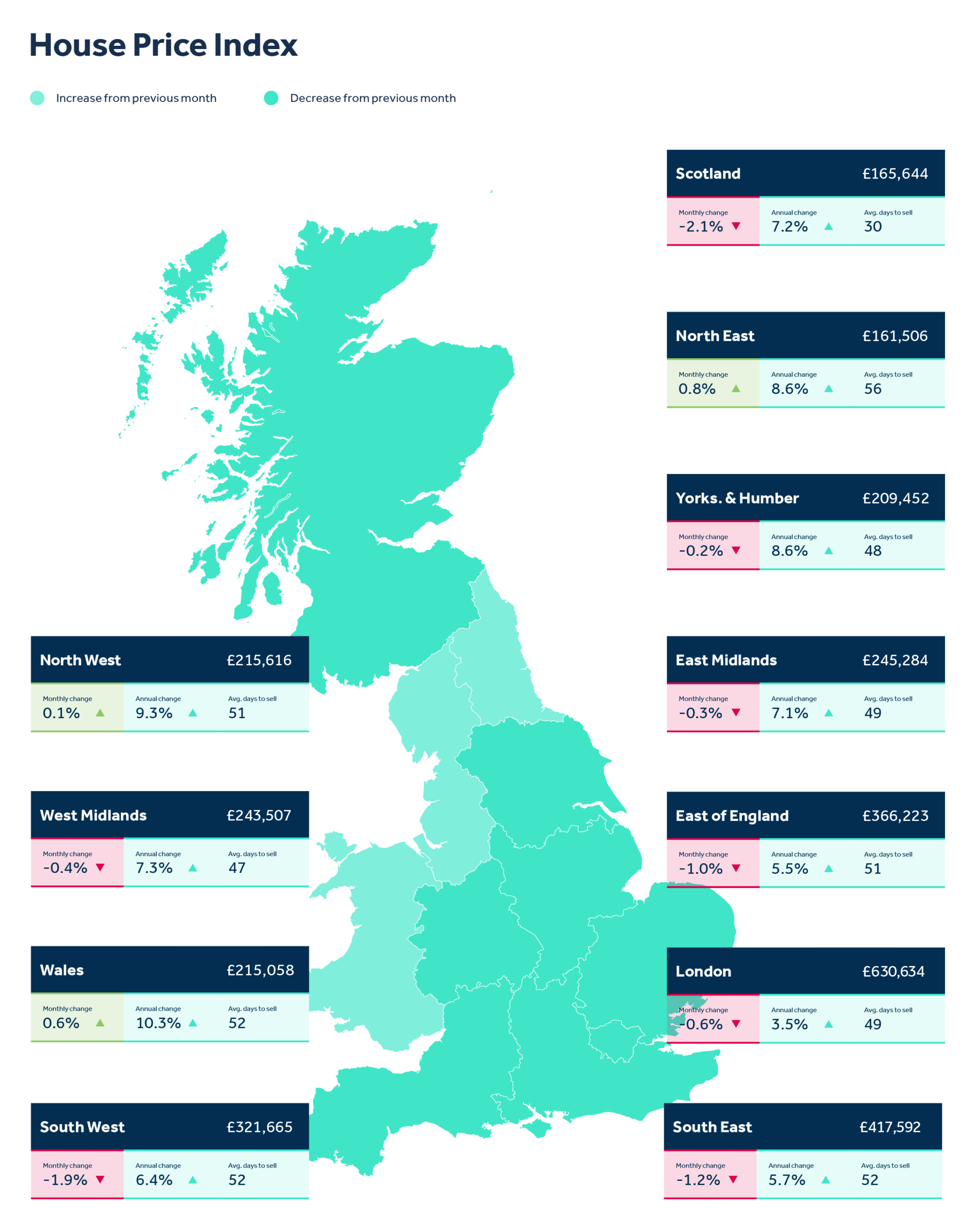 What are the headline figures?

What do the experts say?

Our resident property data expert Tim Bannister explained that sellers are much more likely to find a buyer if their first asking price is realistic, rather than setting the bar too high to begin with and having to reduce the asking price at a later date.

He said: “Given the ongoing mini-boom, prices might have been expected to rise again this month, but instead we have a slight dip which could be a result of some new sellers pricing more realistically to have a better chance of agreeing a sale in time to benefit from the stamp duty savings on their onward purchase.

“We know from a recent Rightmove study that sellers are twice as likely to sell if they agree a sale based on the first price at which their property goes on the market, something that’s even more important now as we move towards the end of March and the end of the stamp duty holiday.

“If your initial asking price is too high then you’re less likely to get an offer even after you’ve cut your price back to a more realistic level. Our revised prediction of a 7% annual increase in prices in 2020 looks to be on track, since the annual rate has jumped to 6.3% with a month to go.”

What are estate agents seeing?

Bruce King, Director of Cheffins in Saffron Walden, said: “Sellers are taking a realistic view on pricing in the current market. By competitively pricing their homes they’re looking to entice buyers and agree a deal ahead of the stamp duty deadline, whilst also being able to benefit from stamp duty savings on their onward purchase.

“Transaction levels have gone through the roof in comparison to the past couple of years due to the monumental backlog of people looking to move. Political uncertainty, Brexit and the first lockdown period caused many who were considering moving to sit on the fence, however the announcement of the stamp duty holiday was the trigger for many of these to bite the bullet and get on with moving house.

“This, coupled with the change in lifestyle which has been caused by the coronavirus outbreak, has created a pressure cooker in the market which has resulted in activity which couldn’t have been foreseen around a year ago. The market in the £400,000 – £500,000 bracket is certainly the most busy, mainly made up of second-steppers and upsizers.

“First-time buyers are continuing to struggle, as the level of deposit needed has increased and this, combined with a lack of job security for many, has meant that mortgage agreements have been harder to come by as banks change their lending criteria.  Demand has remained strong in lockdown 2.0. Mid-November usually brings with it the pre-Christmas slowdown in the market; however, this doesn’t appear to be the case this year as buyers still look to get a sale over the line before the stamp duty deadline.”

Andy Shepherd, CEO of Dexters, added: “London remains a huge draw for investment and city living, and we currently have over 100,000 people registered looking for a new home or investment property, up 25% compared with this time last year.

“The recent reductions in stamp duty have coincided with a busy property market and they are motivational to buyers. However a stamp duty holiday isn’t the main reason for people buying property in the capital.

“Sellers and buyers will most likely share the extra tax burden when it returns next year and although the amounts are not insignificant, we don’t expect them to impact on the market greatly in 2021, arriving as they will in the spring which is the start of the busiest time of the year for moving home. Additionally the potential roll out of a vaccine in the new year could see a greater number of overseas buyers, increasing demand in prime central London especially.”