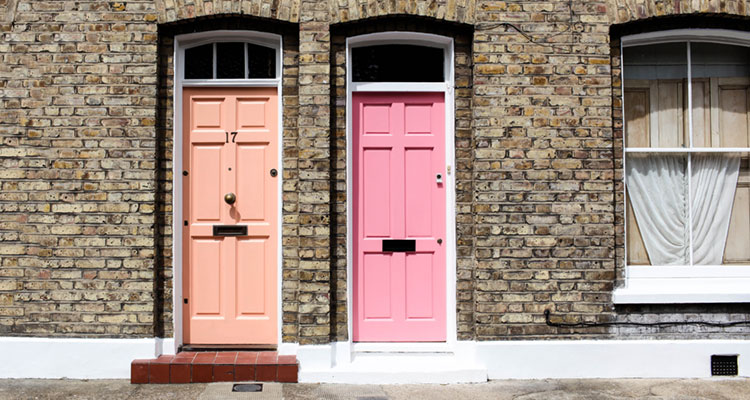 What are the worst features which could devalue your home?

With many homeowners rushing to sell their properties and others looking to move thanks to the Stamp Duty holiday, homeowners have revealed the features they’re looking for, and the one’s they’re keen to avoid. According to new research from Hammonds Furniture, certain features could knock an average of £49,471 off your home.

Noisy neighbours, pet smells, pebble dash, being near a pub and the notorious Japanese knotweed are some of the most undesirable features of a house that would convince homeowners to ask for a discount or put them off a purchase altogether.

However, the two things most likely to put a potential homebuyer off a house were mould or damp on the walls (62%) and signs of a pest infestation (57%). Michael Patterson, Managing Director of WeBuyAnyHouse, claims these issues can knock a huge 20% off a property’s value, or £49,471 off the average house price of £247,355.

He said: “Mild cases of mould may not affect value too dramatically if all is needed is a dehumidifier and some mould-resistant paint, but very severe cases can reduce a property’s value up to 20%. Pests can also cause extensive damage, especially rats that are prone to chewing through electrics and wooden beams, which you would need to repair. Depending on the damage done, you could be looking at between 5-20% of a decrease in value”.  However, while it’s common to be put off by signs of disrepair and neglect that may cost a significant amount of money to fix, surprisingly, a large number of homebuyers also claimed to be put off by features that can be quickly rectified.

Many features that are out of a property owners’ control have also been proven to be detrimental to the price of a property. Four in 10 (39%) people would reconsider a purchase if a house if it had a “messy looking” neighbouring house (39%), almost half would if they could hear noisy neighbours (48%) and a surprising three in 10 people would dislike the thought of a pub nearby (32%). Perhaps less surprising, 14% would be put off buying a house if the road had a rude street name.

Other house buyers also claimed that they would be put off by features that others might find attractive; one in 10 people (10%) wouldn’t choose a property if it had a swimming pool or hot tub, and 13% would dislike laminate flooring.

When it comes to features that house buyers would pay more for, a garden tops the list with almost half of all homebuyers (45%) claiming that they would pay more for outside space. This is closely followed by a garage (37%) a conservatory (31%) and a loft conversion (27%).

Only 15% of people would pay more to be close to public transport, just 13% would pay more for a log burner and only 8% of people would be swayed by smart meters in the home.
According to Michael: “A nice sized garden can add up to 25% more on a house price, especially if it is well maintained with a seating area for the summer. A carriage driveway can add up to 15%, and an attractive conservatory can add up to 10% to a house price. If a loft conversion can be used as an extra bedroom, it can add 20% to a property price.”

Holly Herbert, Head of Content at WeBuyAnyHouse, offers her advice:
“In general, to get a house in a good position to sell I would say decoration is key – freshly painted walls make a big difference, even if it’s the same colour as before, as it will make the place brighter and remove any scuffs and marks. Gathering all information about the house for viewers is also important; general running costs, council tax band, local transport links. Getting it all in one place so you have it to hand with no hesitation is something buyers appreciate. And don’t forget to take the best possible advertising photos.”

Kirsty Oakes, Head of Product and Marketing at Hammonds Furniture, said:
“We all have something in mind when we begin a search for our next home, but there are certain features that for many people could be an absolute dealbreaker. However, some of these features are surprisingly quick and simple to amend if you are looking to sell your house.

“If you’re selling, you can make your house look much more appealing by making some small changes, such as filling in holes in the wall or switching to a neutral colour pallet. A deep clean can make a huge difference to how your property is perceived, and well as clearing away extra clutter (even if you just store it in your car). Don’t be afraid to ask your neighbours to clean their garden as well!”

Categories
Tags
Ashtead Ashtead Estate Agent Buying Fetcham House Prices House Prices Ashtead Leatherhead Let Lettings News Properties Values Rentals Renting Sale Selling Tenants
Latest
The tenant eviction ban has been extended in England and Wales
How do you know when its time to upsize?
What are the guidelines we are following in line with the 3rd national lockdown?
What could happen to house prices during 2021?
Top tips for winter viewings